My necklace for the 2018 Battle of the BeadSmith featured beaded flowers based on plants growing in my garden. I usually start with a general idea, but I am never sure what I will end up with when I start a project for a contest. This year I decided to make some flowers I had never tried to make with beads before. The bee balm was challenging; I built the spiky blossoms using delica beads using a peyote stitch idea that had been simmering in my brain for a few years. It worked so well, I made an extended variation to create trumpet vine flowers. Those flowers ended up using a mix of peyote, ladder and brick stitch, with herringbone end caps.
This is a photo from 10 am day the project was due. None of the components are connected; the base is not even sewn together. One of the reasons my photos submitted to the battle did not do the necklace justice was because I took them at ten pm after beading all day. Usually I take 500 photos so I get four great shots; this time I took twenty and had just enough time to send them in. One rule to remember- make sure you leave enough time to take good photos! 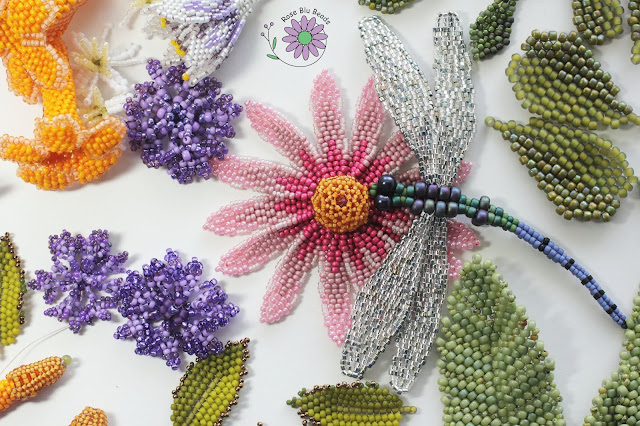 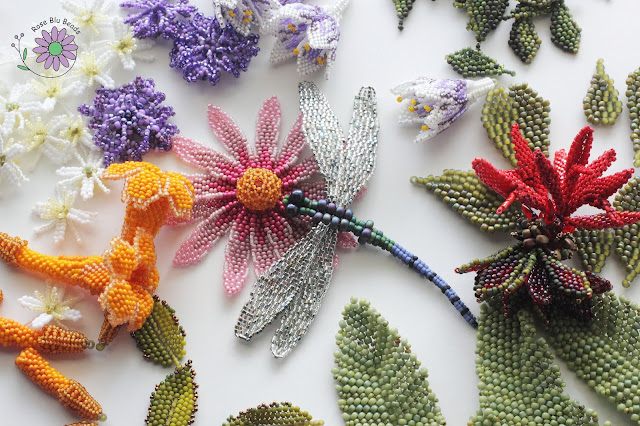 Here are some photos of the finished necklace. Eventually I will take some better ones. 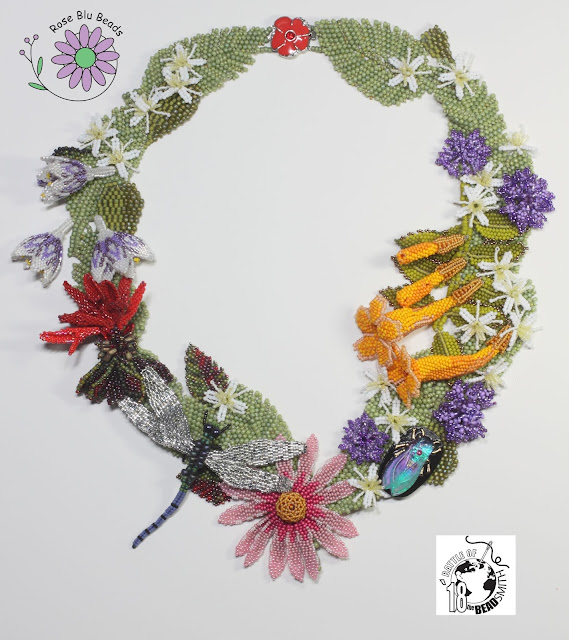 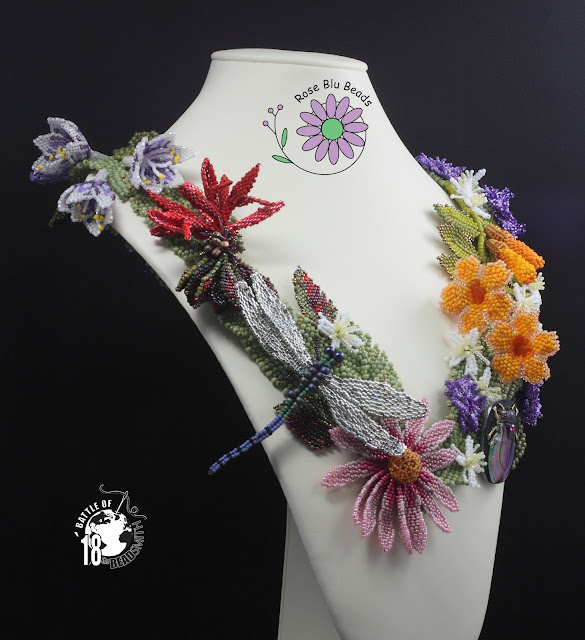 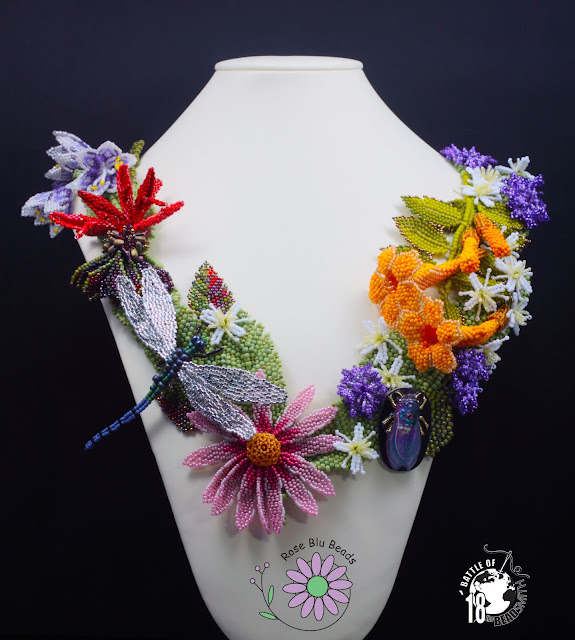 Posted by Patricia at 2:34 PM No comments: