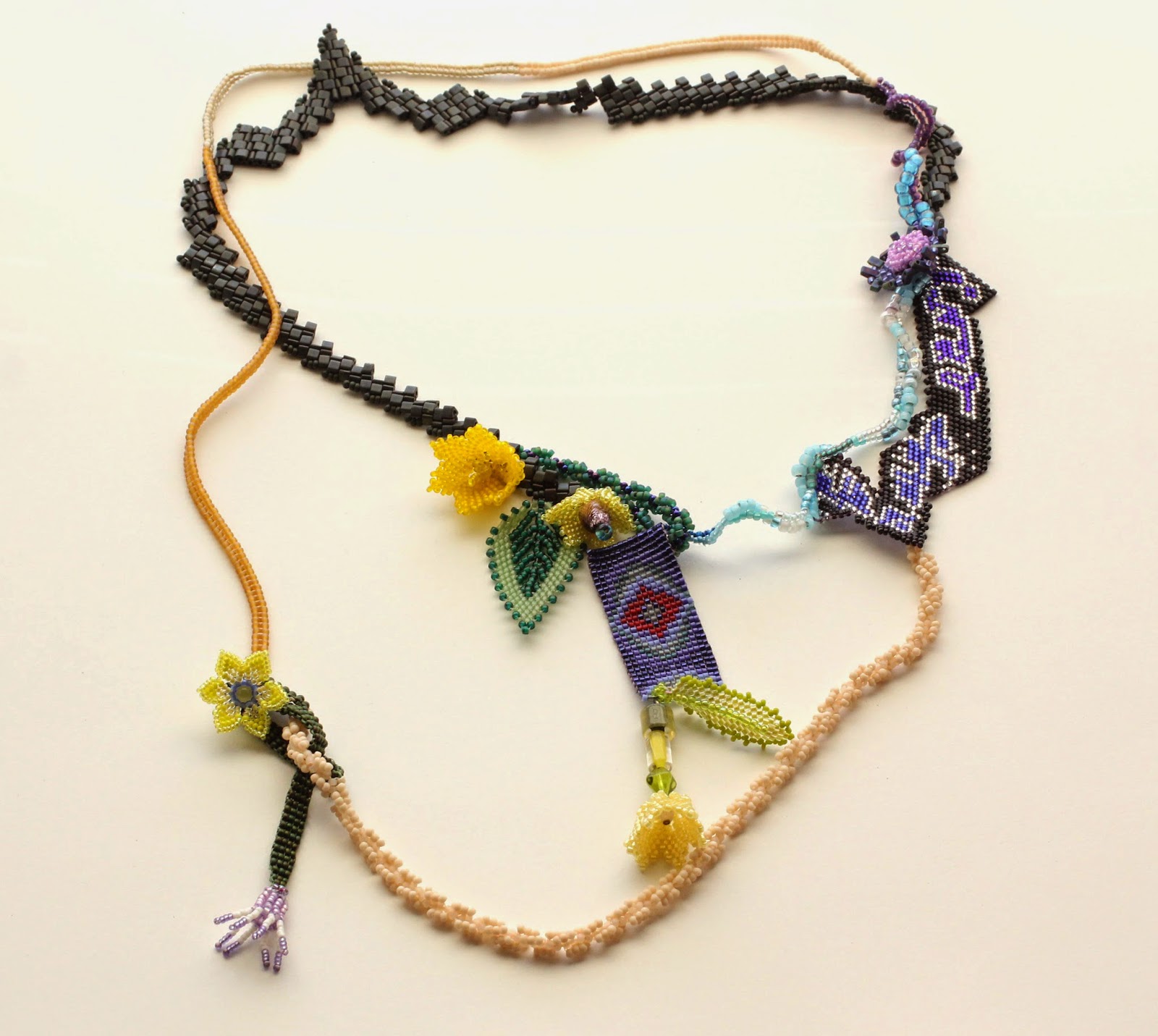 The Ugly Necklace contest, sponsored by the Land of Odds bead store, has to be the most unusual competition that I have entered. The idea is to defy all design principles and create a necklace that is the opposite of anything someone would like. And you have to write a poem about the necklace. There were points given for the use of small beads so I opted to use mostly seed beads. I tried to pick bland colors, and ones that didn't match. I also made three competing focal points and placed them all on the same side of the necklace.  I followed the ideas given in the Principles of Design, but tried to do the opposite. It is a hard thing to do but somehow my necklace was deemed ugly enough to be chosen as a finalist. The five finalists are up for public voting on the website until December 15th.  I was not sure if the poem was supposed to Vogon poetry or Shakespeare, so I just wrote something that described the necklace.

Flowers and a Red Dot

Samples of stitches
And abandoned designs
Gathered together
In discordant lines

I jumped right into ugly
And passed flowers on the way
Now the question remaining-
Have you seen uglier today? 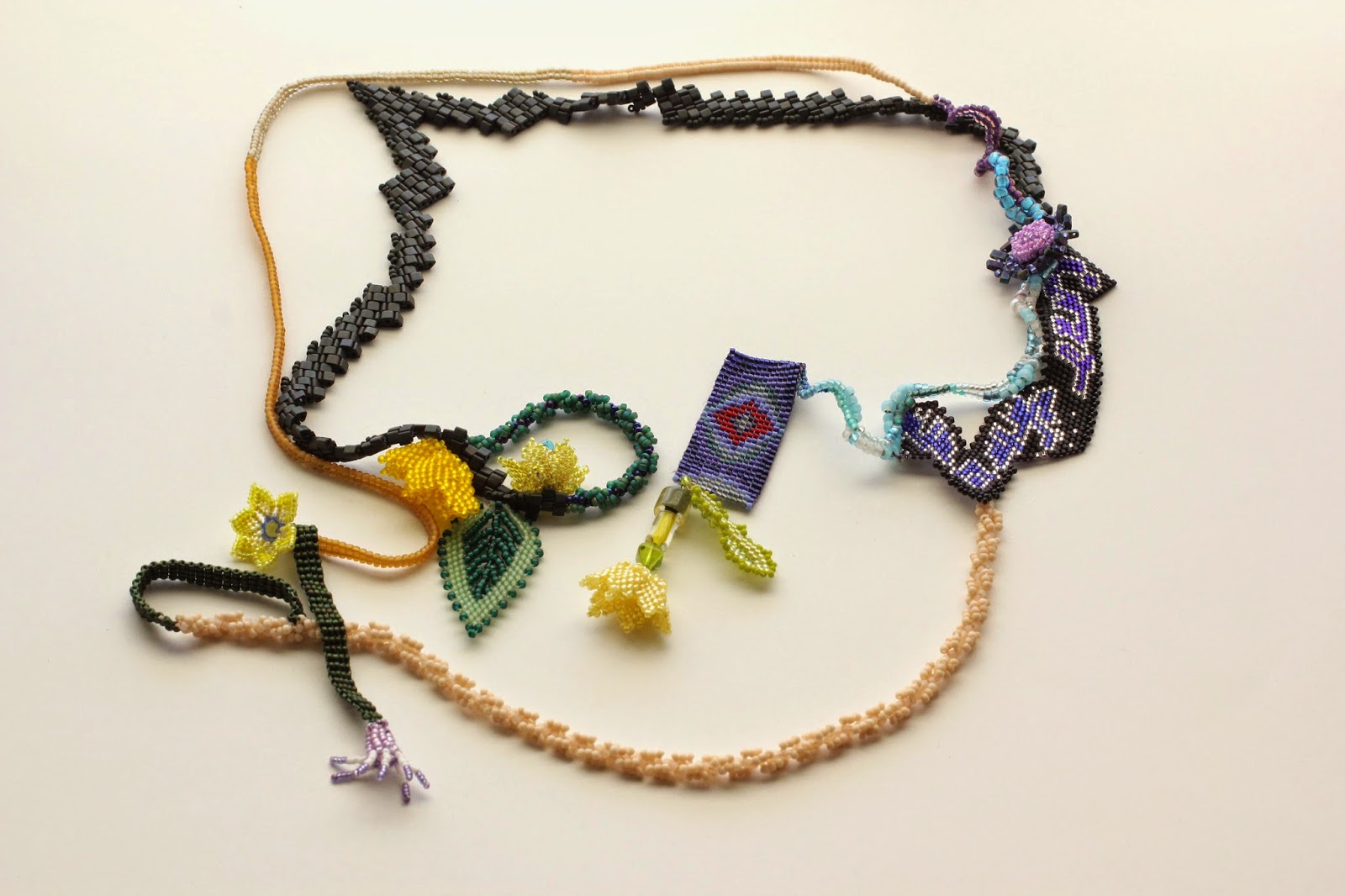 Posted by Patricia at 8:38 PM No comments: